GET A FREE RADON TEST!

State Rep. Cross live in his basement to highlight January as Radon Awareness Month in Ohio!

🚨Radon is a colorless and odorless gas that comes from the soil. The gas can accumulate in the air we breathe. Exposure to radon over a long period of time can lead to lung cancer.

🚨Radon Gas is the #1 cause for lung cancer for non-smokers.

✅Good News...you can have your home or business TESTED and MITIGATED to keep everyone healthy and safe. For more information please visit: https://odh.ohio.gov/…/radon-education-and-lice…/about-radon 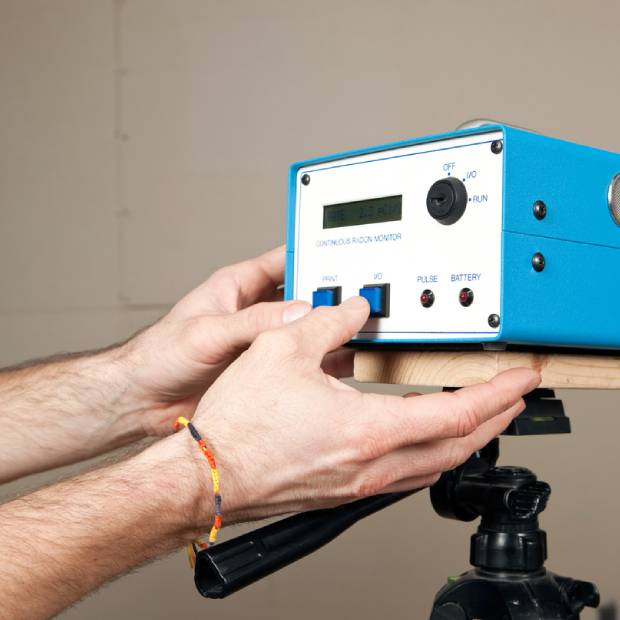 We are officially certified by the State of Ohio for Radon testing.  More and more lenders are requiring testing and mitigation as part of the process to get a mortgage.  Realtors will recommend this to both sellers and buyers because of the danger radon represents for lung cancer, especially in children.

The test processing is simple – a monitoring device is placed in the basement or near the mechanical area in slab homes and must not be disturbed for 48 hours.  After that time, the results are analyzed and the level of radon is determined.  Currently, the threshold for mitigation is 4.0 picocuries.

After 48 hours, the test device will be retrieved, although it can be read via the internet, and the results will be shared with the homeowner.

Once the testing has been returned and shows that the radon level is high enough (Over 4 picocuries), there are two types of possible mitigation – Passive and Active.

In an existing home, a pipe inserted into the slab or through the basement floor – unless a sump pump has been installed, in which case the pipe can be inserted into the sump which and will then be fitted with a sealed cover.  The pipe is then run either straight out a wall into the outdoors where it is then fitted with an upright connected pipe to vent into the atmosphere.

Passive systems depend on the “stack effect,” air pressure differentials create buoyancy to move air and radon gas through the pipe from the basement to the exhaust vent. This is occurs because there is difference between indoor and outdoor air density resulting from temperature and moisture variations.

Proper installations involve retesting or a monitoring system – which will show whether the passive system is reducing the radon level below the danger level.  If it isn’t, the system can be converted an active mitigation by adding an exhaust fan.

The process is the same as with passive mitigation but includes an exhaust fan to increase the flow of radon and air.  An electrical outlet is required to power the radon fan.

Typically, if the initial radon level is significantly high, the recommendation for mitigation will be that an active system be installed.  This will resolve the issue and is less costly because there will be only the single installation instead of having to add the fan later.

Installing a layer of clean gravel or aggregate beneath the slab or flooring system.
Laying polyethylene sheeting on top of the gravel layer.
Including a gas-tight venting pipe from the gravel level through the building to the roof.
Sealing and caulking the foundation thoroughly
Get Your Free Quote Now! 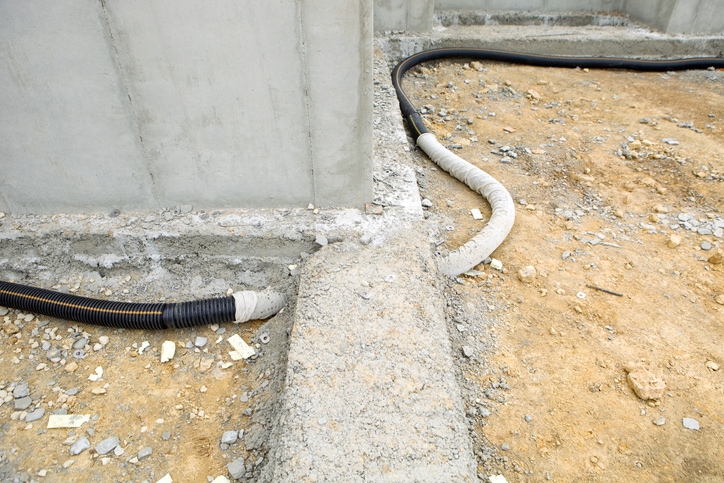 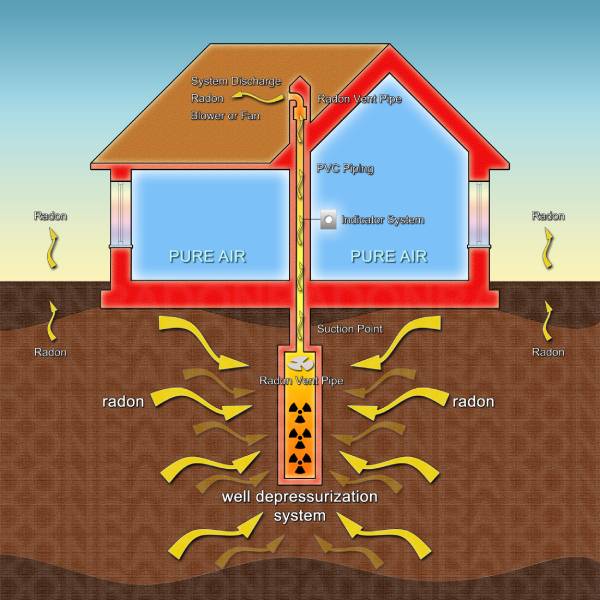 Some people think that Radon testing and mitigation is a scam, just a way to scare people into paying for work that they really don’t need.  That’s absolutely not true.  Radon is real, it’s actually on the Periodic Table of Elements (Number 86,) in the atomics section, it is the heaviest known gas and it can be deadly.

Ohio is a Radon “Hotspot”

Radon zones have been determined and Ohio has one of the most seriously affected states. Central Ohio in particular is in the “high danger” zone. There is virtually no doubt that any structure tested within that area will require mitigation. 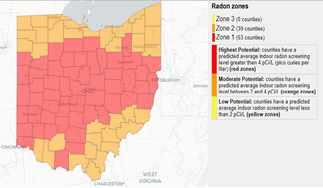 Health Concerns- Radon is the Second Leading Cause of Lung Cancer

Radon is a radioactive gas that seeps into homes through basements or slabs and which has some very serious health consequences.  Breathing in radon increases your risk of lung cancer.  It is the second leading cause of lung cancer in the United States.  (Smoking is number one, and second-hand smoke is number 3.)

Once it was proven to be a deadly substance, it took time for the real estate market to actually accept its danger.  Now, however, more and more lenders for residential properties are requiring testing – and mitigation – because of the liability they could face by not requiring the testing.

Get Your Free Quote

Keep your family safe from Radon, the second-leading cause of lung cancer -- DON'T WAIT -- MITIGATE!

Get Your Free Quote Now!